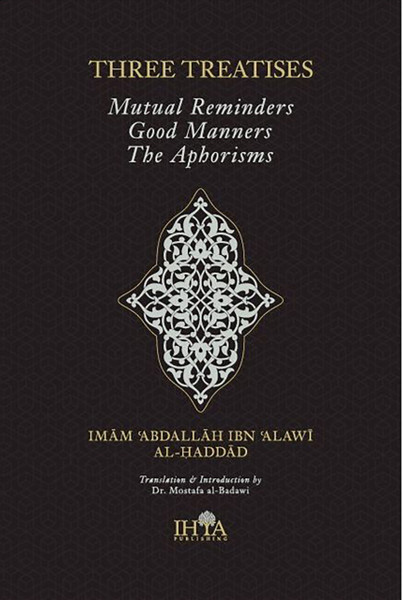 This volume contains three concise treatises of the venerable Imām al-Ḥaddād. The first treatise, Mutual Reminding, distils the ethic and content of offering good counsel to one another. The chief elements of counsel, says the Imām, are Taqwā, an active fear and consciousness of God, and detachment from the material world. These elements connect with the topic of the second treatise, Good Manners, which discusses the manners recommended of the spiritual wayfarer as he or she takes the path to spiritual felicity. The third treatise, The Aphorisms, is a compilation of Imām al-Ḥaddād’s wise insights on a broad range of topics and includes the commentary of Shaykh Muḥammad Ḥayāt al-Sindī.