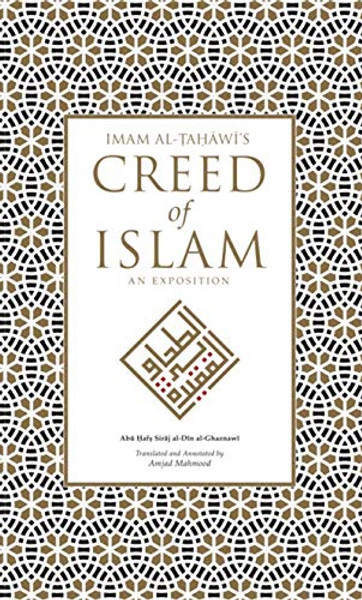 Short Description:
This concise and lucid work of creed by the polymath and one of the foremost scholars of early Islam.
Author:
Abu Hafs Siraj al-Din al-Ghaznawi
Translator:
Amjad Mahmood
Binding:
Hardback

In an age when fundamental beliefs are misunderstood and aberrant opinions are championed as tenets of faith, the only viable solution is to revive our connection with the principles that underpin our core beliefs as adherents of orthodox Islam.

This concise and lucid work of creed by the polymath and one of the foremost scholars of early Islam, Abu Ja’far Ahmad ibn Muhammad al-Tahawi (d. 321/933), is universally accepted amongst scholarly circles as a foundational text in Islamic belief. Numerous commentaries have been written on it throughout the ages, expositing its meanings and uncovering its subtleties. The present translation includes what is regarded as the most accessible commentary penned, authored by the brilliant scholar, judge and theologian Abu Hafs Siraj al-Din al-Ghaznawi (d. 773/1372).

The vast majority of the four schools [of Sunni jurisprudence] acknowledge the creed of Abu Ja'far al-Tahawi, which has been received by both former and subsequent scholars with acceptance.

An Nujum Al Laami’ah (Arabic Only)