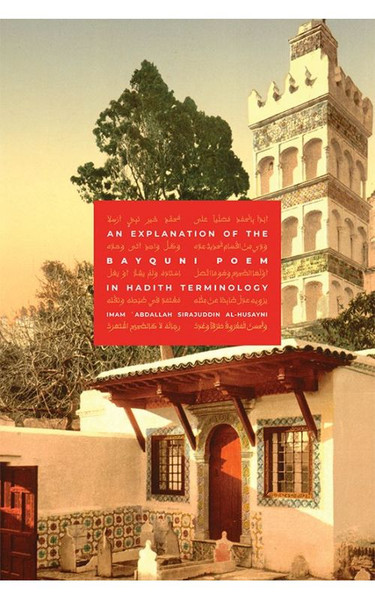 I begin with praise, sending prayers upon
Muhammad ﷺ, the best of Prophets sent

From the most noble of sciences is the science of Hadith. It is the key to unlock the Sunna of the Prophet ﷺ through his words, actions, qualities and tacit approvals. Allah says: “Follow him so that you may be guided.” The Messenger of Allah ﷺ said: “May Allah illuminate the one who hears my speech, understands it and conveys it.”

For this reason, the scholars of Hadith have spared no effort to establish the principles by which to verify narrations and deduce—with the utmost precision—what can and cannot be attributed to the guide of mankind ﷺ. Facilitating this quest for the beginning student, the erudite Imam ʿUmar al-Bayquni al-Dimashqi (d. 1080 H.) succinctly defined thirty-four categories of Hadith in his famous thirty-four verses of poetry.

Completed, with goodness they are sealed!

Numerous commentaries upon this treatise followed, of which one of the most sought after in recent times is the masterpiece we have before us, written by the master [hafiz] of Hadith and exegete of the Qurʾan, Imam ʿAbdallah Sirajuddin al-Husayni. In his unique and eloquent style, the saintly Imam takes the reader on an illuminating path of learning, guiding him towards the guidance of the most beloved ﷺ.

Shaykh al Saghuri called him 'the Pole of Prophetic love of our times'.

The Guide to the Path of Righteousness Vol 1&2