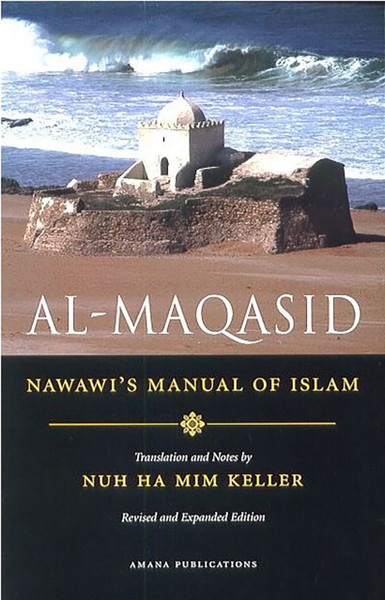 Long sold out in North America, Al-maqasid: Nawawi’s Manual of Islam is widely considered the best medium-size handbook available in English for teaching the basics of Islam from a traditional perspective. This new edition has been revised and updated with a full complement of notes on a number of contemporary Muslim issues, and three major essays have been appended. The prayers and invocations given in the text have been fully transliterated and their Arabic texts printed in the back. With its almost one hundred new pages, this second edition includes an extensive subject index that lets readers easily locate the answers they are looking for about Islam.

Abu Zakaria Mohiuddin Yahya Ibn Sharaf al-Nawawi, popularly known as al-Nawawi, an-Nawawi or Imam Nawawi, was a Sunni Muslim author on Fiqh and hadith. His position on legal matters is considered the authoritative one in the Shafi'i Madhhab.

Nuh Ha Mim Keller is an American convert to Islam. He is a translator of Islamic books and a specialist in Islamic law, as well as being authorised by Abd al-Rahman al-Shaghouri as a sheikh in sufism in the Shadhili Order.

Our Master Muhammad: The Messenger of Allah Vol. 1