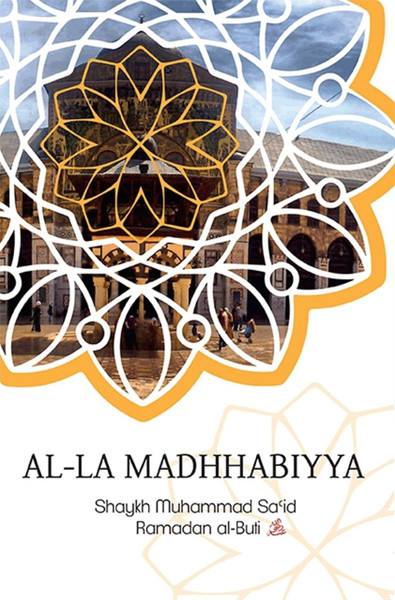 In the last century, a movement has appeared calling for the abandonment of the traditional schools of law [madhahib]. This misleading call, which scholars have termed Al-La Madhhabiyya, was presented as ‘following the Quran and the Sunna’ and caused much confusion amongst ordinary muslims. One of the sources for the spread of this innovation was a book written by Muhammad Sultan al-Ma'sumi al-Khajnadi al-Makki, which was translated and distributed to English and published as as ‘Should a Muslim Follow a Particular Madhhab?’ and ‘The Blind Following of Madhhabs’. It was in response to this book, taught and revered by prominent opponents of the schools of law, that Shaykh al-Buti first wrote his ground breaking work. Later editions of this work, the translation of which we have before us, included the aftermath of various debates Shaykh al-Buti was subsequently challenged to by his opponents and also incorporated counter-replies to the likes of Shaykh Nasir al-Din al-Albani, Muhammad ‘Id `Abbasi, Mahmud Mahdi al-Istanbuli and Khayr al-Din Wanli. This book is a decisive refutation of those who call to the misguidance of abandoning the schools of law, for it is the most dangerous innovation threatening the Sacred Law.