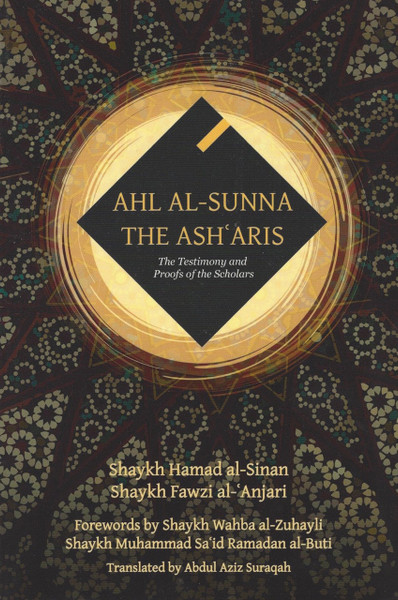 In an age in which intra-Muslim religious argumentation dominates, heterodox groups have tried and had great success in presenting their beliefs as normative Islam to the average lay Muslim. Unfortunately many of these beliefs are largely at odds with the classical articulations of Sunni orthodoxy throughout the ages.

This work, Ahl al-Sunna : The Ashʿaris, aims to remedy this problem. Drawing from the works of Islam’s greatest scholars through the centuries, Shaykh Hamad al-Sinan and Shaykh Fawzi al-ʿAnjari detail the genesis, rise, beliefs, and contributions of the Ashʿari school of theology, and address—in a refreshingly fair-minded and non-sectarian way—common misconceptions about the Ashʿari school and demonstrate how its rich religious discourse is firmly anchored in the Qurʾan, the Sunna, the way of the Companions, and sound reasoning.